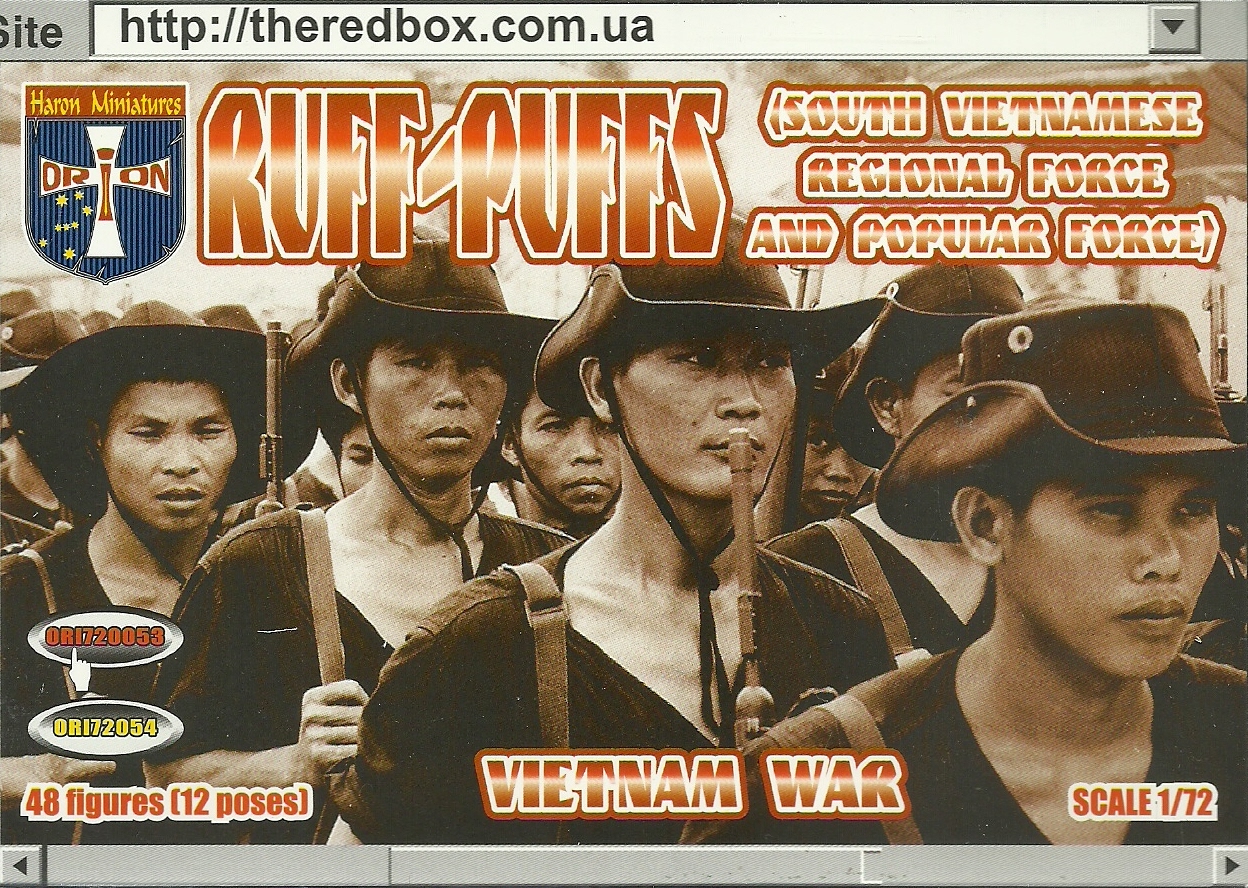 The contents include 48 figures in 12 different poses with 4 each pose. The set depicts a collection of RF/PF, South Vietnamese Regional Force and Popular Force troops, which were known as the Ruff-Puffs by the US forces. All poses reflect fighting poses weapons being a collection of old US army M14 rifles as well as M1 Garand rifles, Thompson SMG and M3 "Grease Gun". Heavier weapons include M1919A6 and M1918A2 BAR.