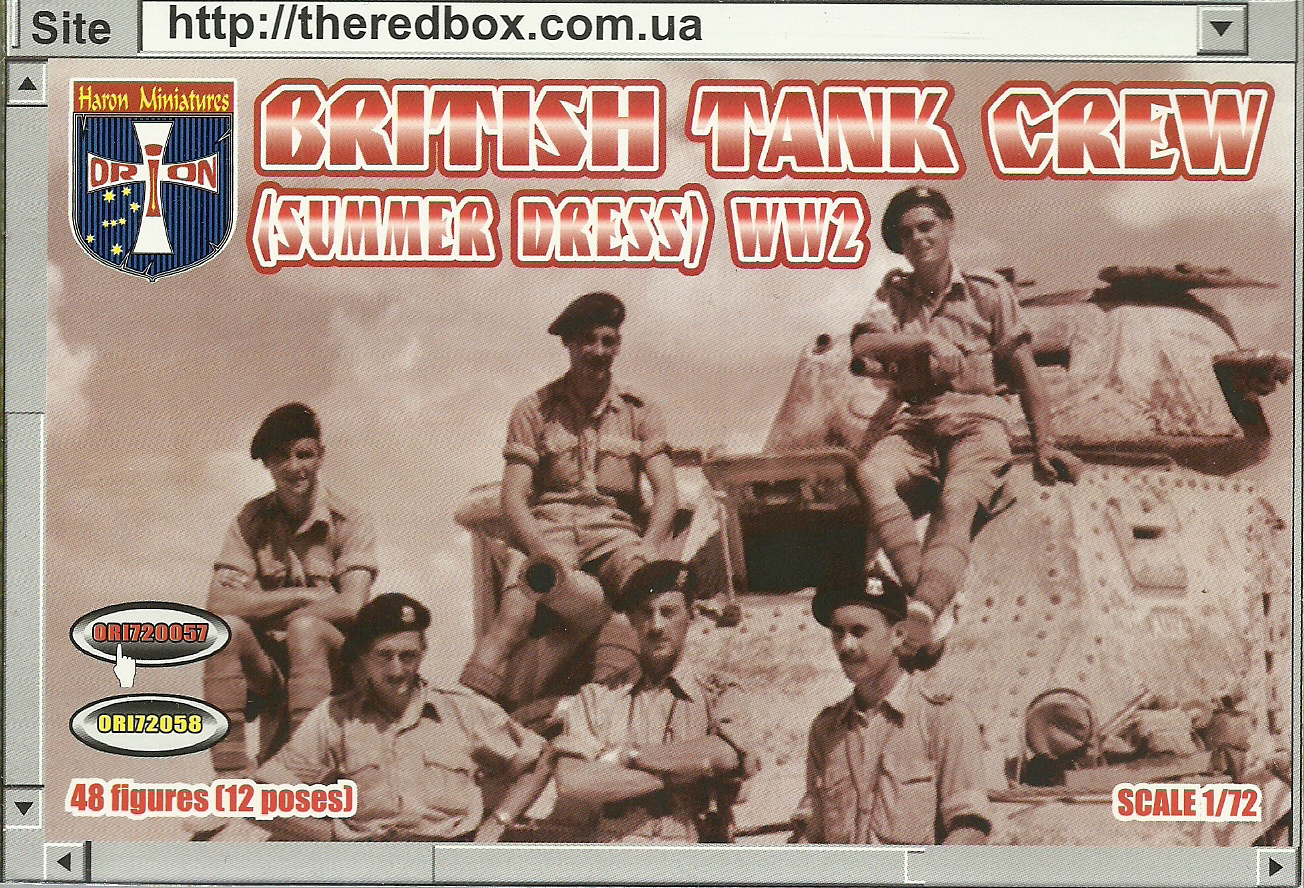 The contents include 48 figures in 12 different poses with 4 of each pose giving a largely relaxed group of tank crews. The poses provided are all mainly men out of the frontline and include a tanker carrying a jerry can, two firing pistols, one loading shells into the tank, another kneeling maybe fixing something, two sitting poses one with a water canteen, a tanker with binoculars, another couple standing at an O group, one running and another standing maybe signaling.