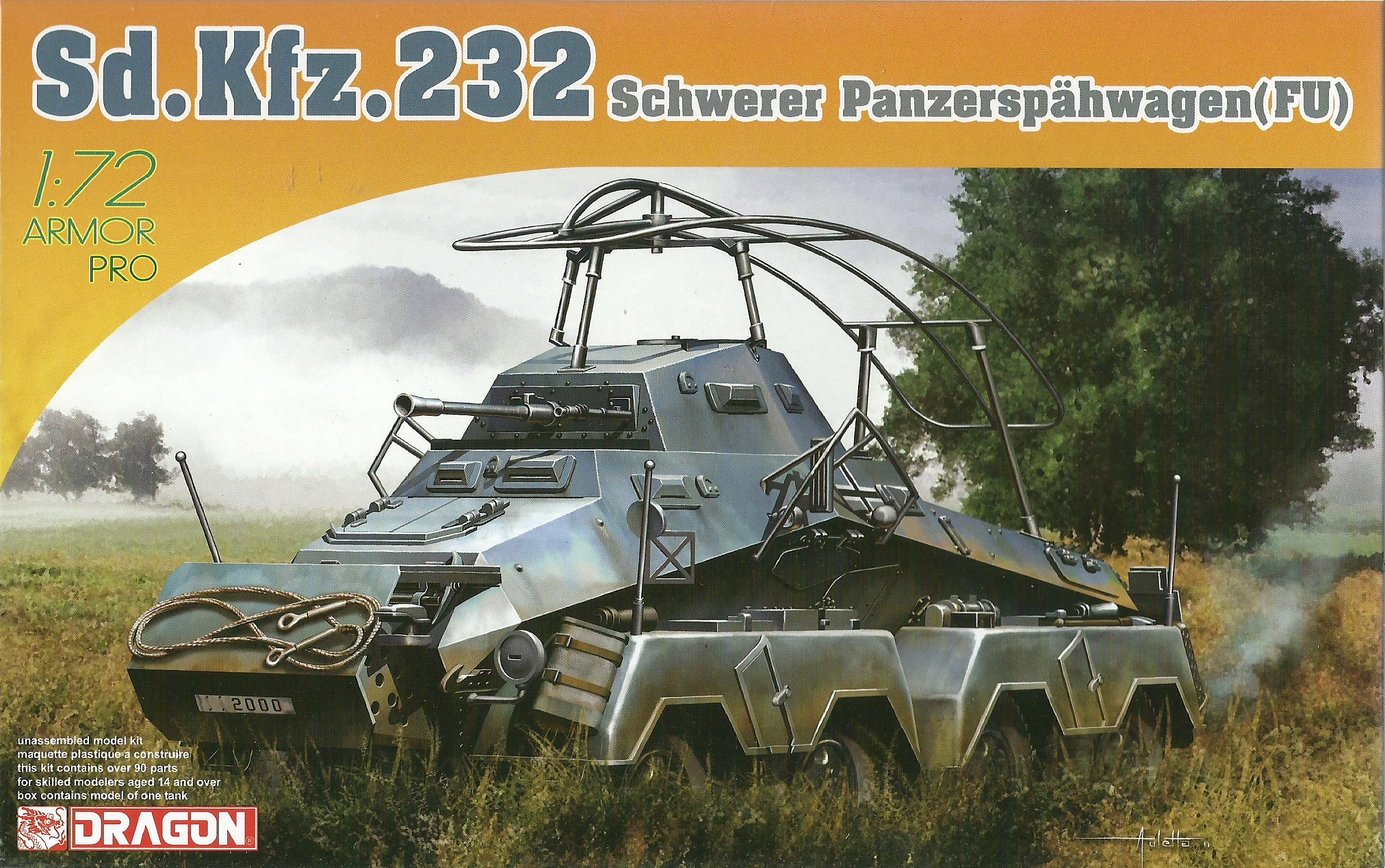 The Sd Kfz 232 was ordered in 1934. Over 600 were produced between 1936 and September 1943 when it was subsequently replaced by the Sd Kfz 234 series. The 232 had eight wheel steering and drive with double controls allowing equally rapid performance forward and backward. Armed with a 20mm KwK 30 L/55 Cannon, the 232 was used mainly in a reconnaissance and command role on all fronts as well as providing heavy support for lighter armoured cars such as the Sd Kfz 222.