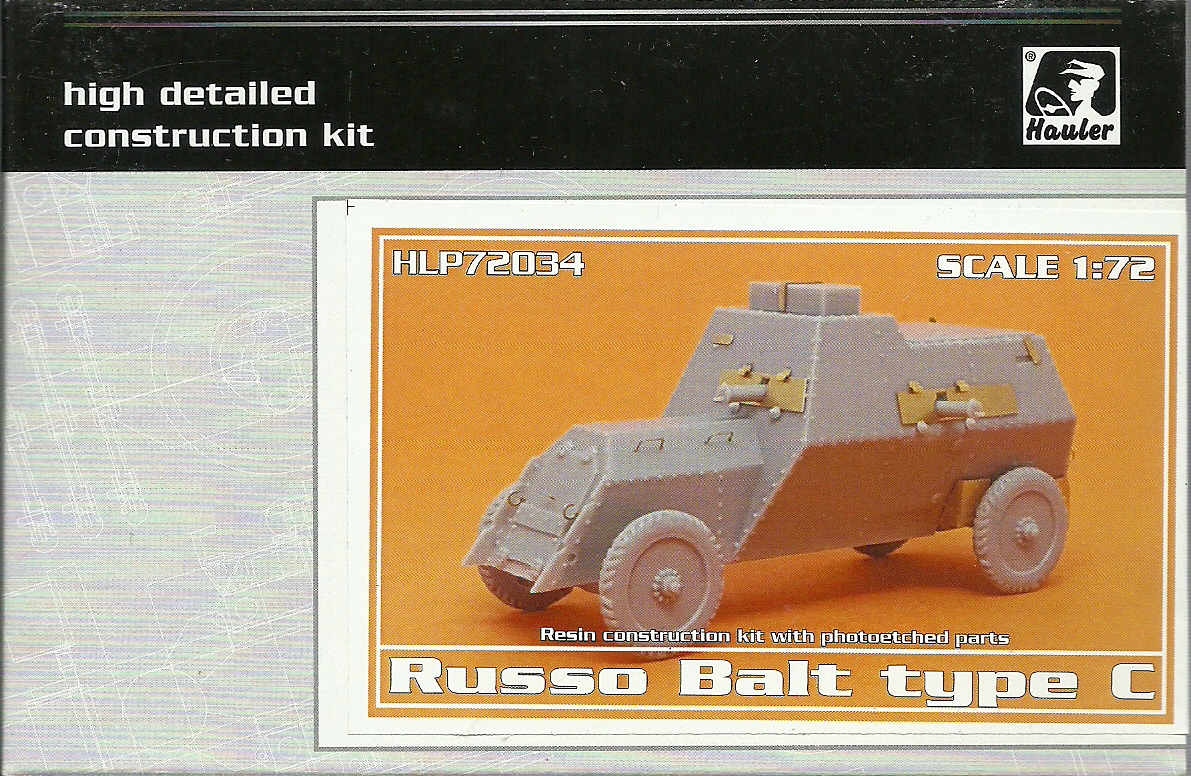 The Russo-Balt Type C armoured car was developed in 1914. Based on a four seat car, the 2.5ton design reduced this to two front seats with the driver on the right and co-driver/gunner on the left. The Type C had a crew of 4 or 5. It was armoured with sloped riveted plates of 6.5mm around a steel frame. In addition tho the front mounted 7.62mm (0.303") Vickers, two additional guns were mounted in the side plates and one at the rear. Resin kit with photo-etched parts.