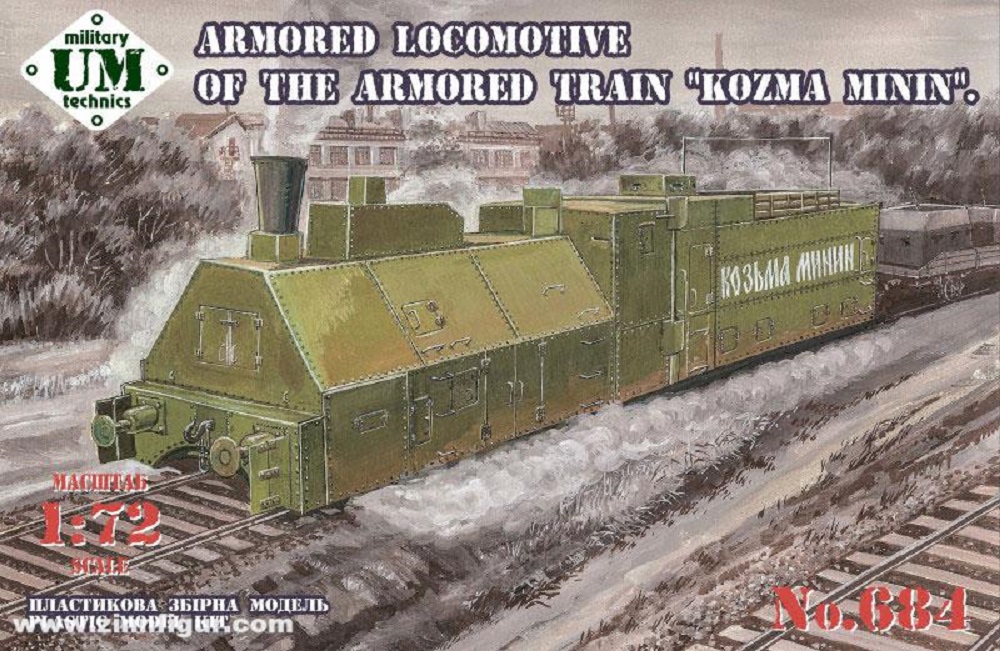 The Armoured Train "Kozma Minin" was one of the most famous Red Army armoured trains of WWII. The 'O' Series Locomotive was armoured with 45mm plate on the driver's cab and cylinders and 30mm plate on the tender, boiler and running gear. The locomotive had no armament although the train itself carried two anti aircraft guns for defence. It was crewed by 12-15 men and had a top speed of 45-55km/h with a range of 250-300km. The design was developed further to produce the BP-43 armoured locomotives