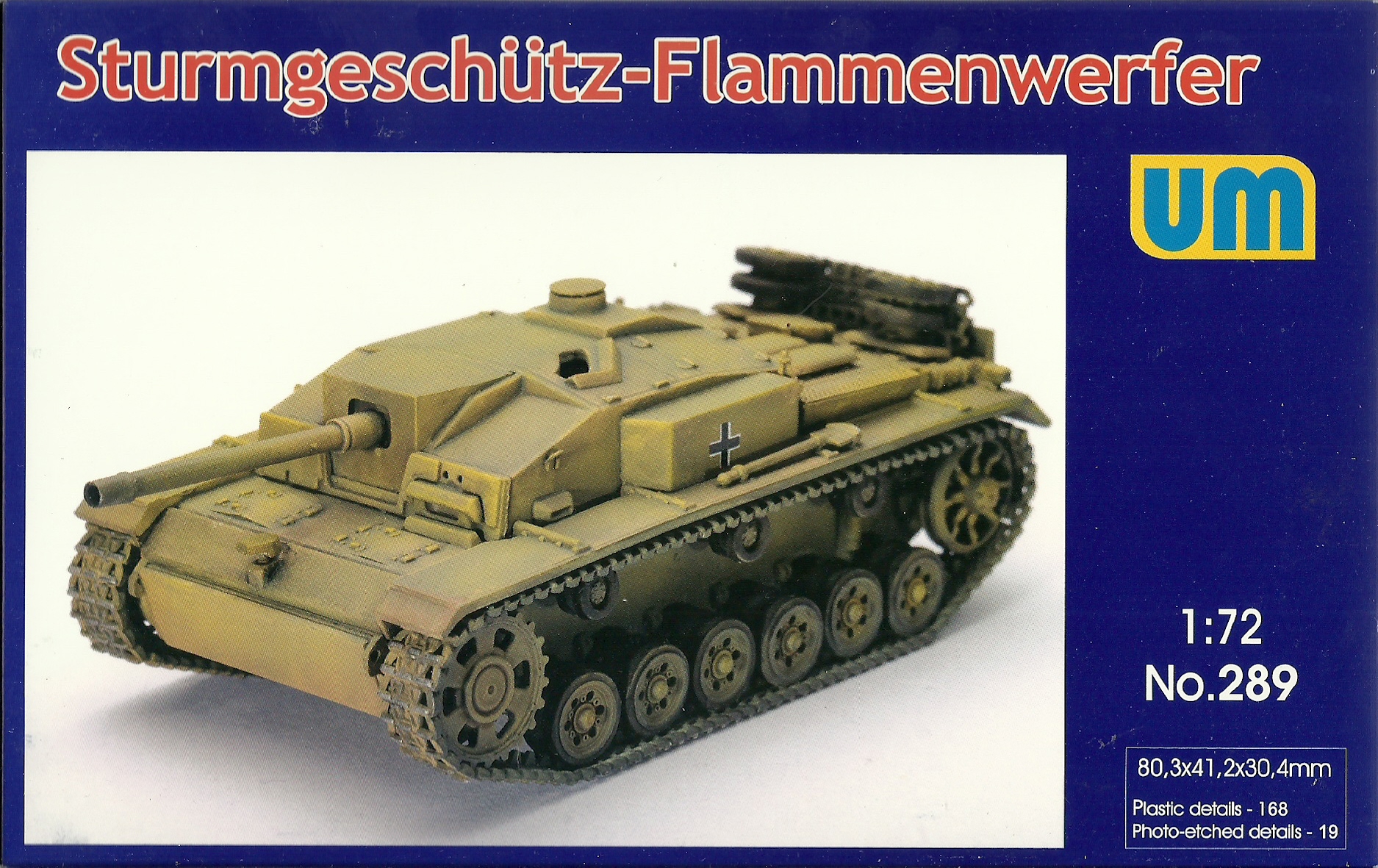 Initially designed for infantry support, the Stug III based on the Panzer III chasis became probably the most numerous of Germany's AFVs in WWII. The kit represents an Ausf F converted to mount a flamethrower. The 75mm was replaced with a flame tube with an effective range of 50-55 metres. A total of 10 vehicles were converted in 1942 and despite successful testing they were never used in combat. As a result the vehicles were later converted back to standard assault guns.