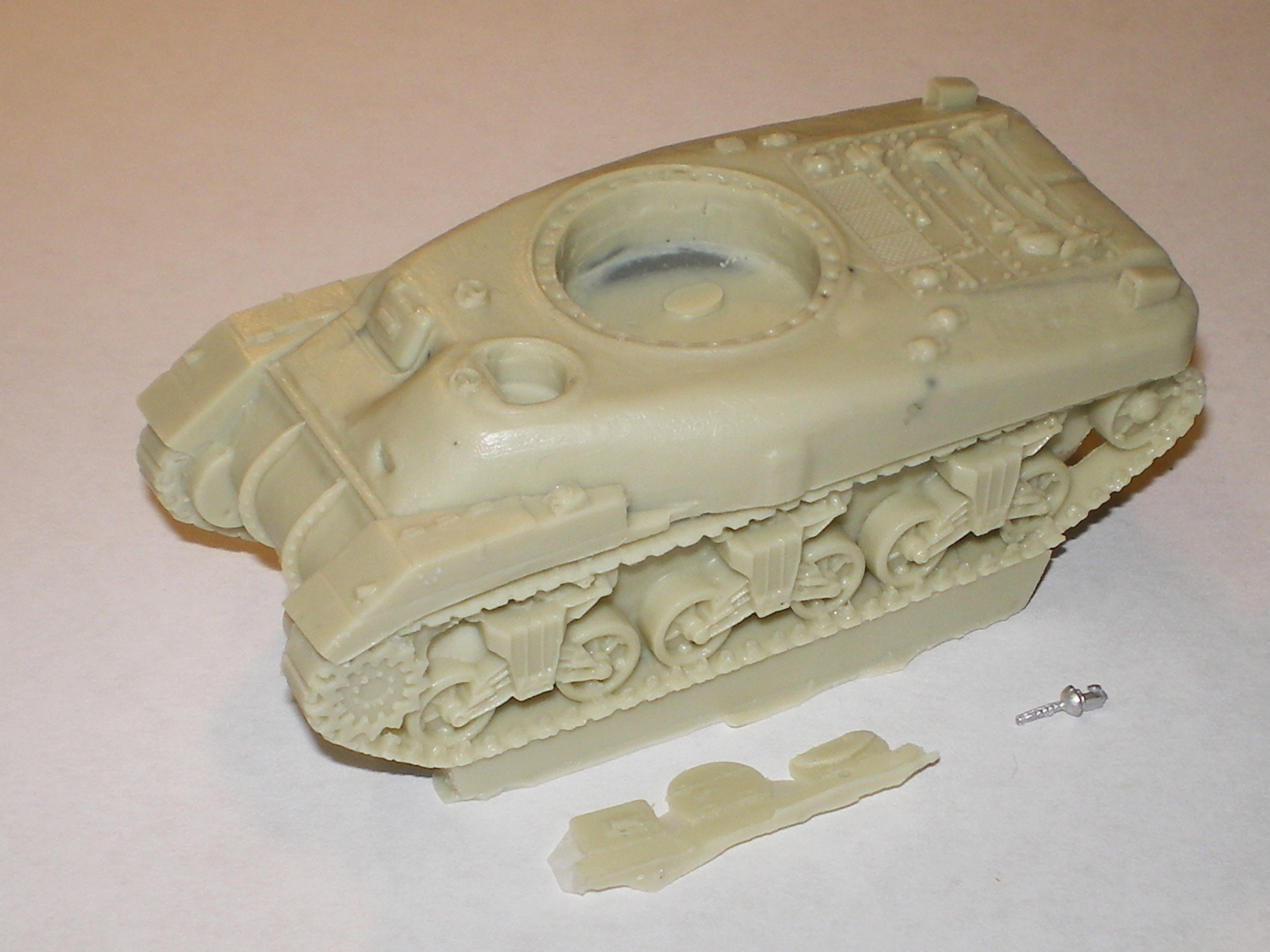 Brand new, unbuilt and unpainted resin model kit. Following the success of using converted M7 HMCs with the gun removed to transport infantry during Operation Totalise, the British set about converting Shermans and Canadian RAM tanks - which were based on the M3 chassis - to act as Armoured Personnel Carriers. These were effectively stripped down tanks with the turrets removed with room for up to 11 infantry and 2 crew allowing them top be transported with less casualties than the walking PBI.