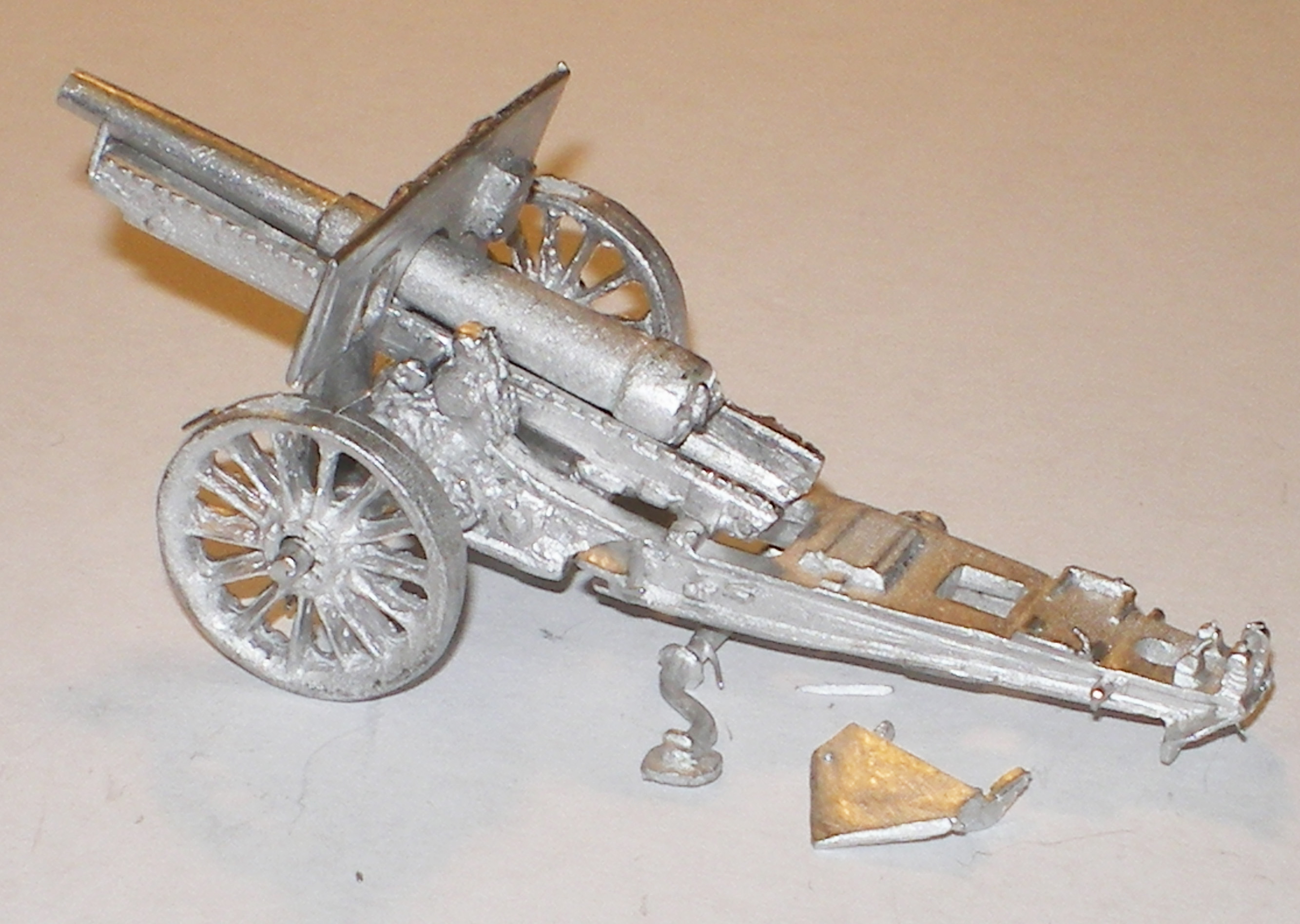 Modified from the Russian Putilov 107mm, Schneider modified the gun to fire 105mm shells. Initially the French Army were not interested as they had sufficient 75mm field guns. However a small number were purchased in 1913 and proved themselves to be better suited to the static trench warfare with the larger shell better suited against fortified positions. Following the early WWII German victories, many 105mm Schneiders were captured many of which were later installed in the Atlantic Wall.