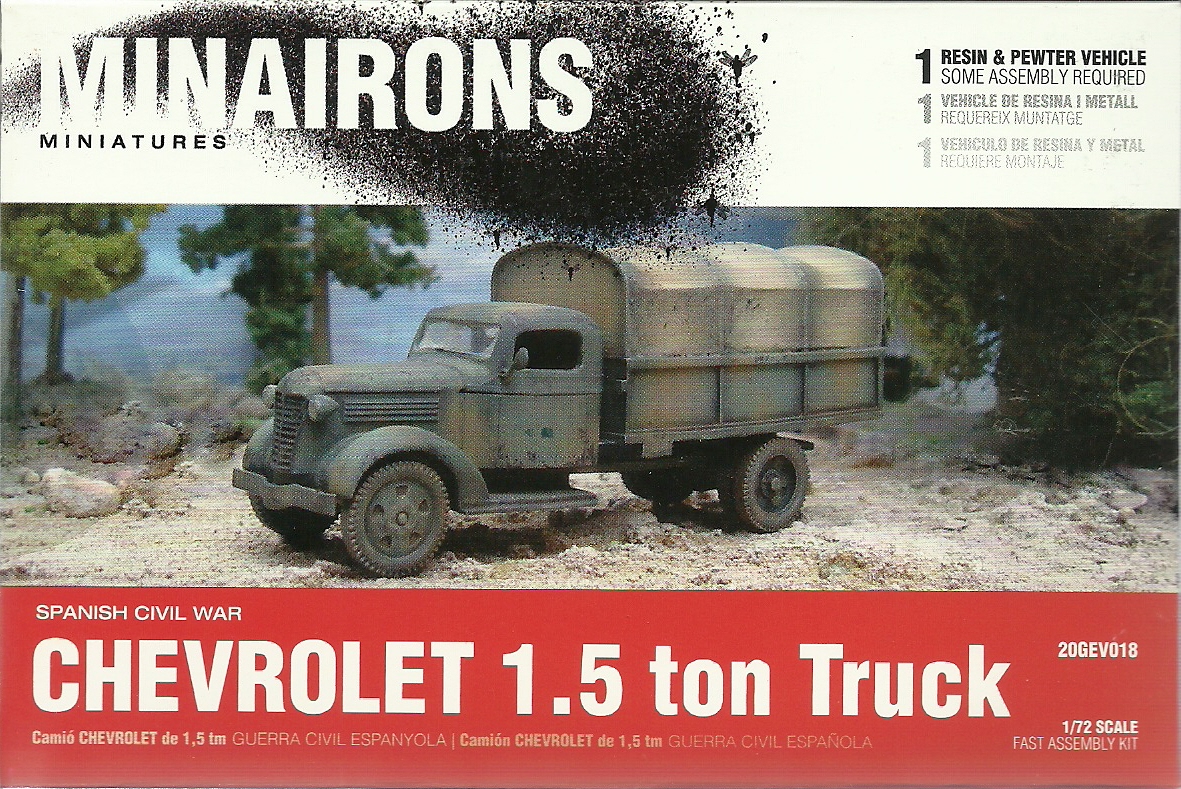 The kit include a resin cast and pewter fast assembly Chevrolet 1.5t Truck with a driver used by both Republican and Nationalist forces during the Spanish Civil War. The kit has 13 parts and is designed with wargamers in mind. Around 12,000 Chevrolet trucks were supplied to Spain via France and Portugal including the 1937, 1938 and 1939 Chevrolet 1.5t trucks. These were civilian trucks which were pressed into military service during the Spanish Civil War.