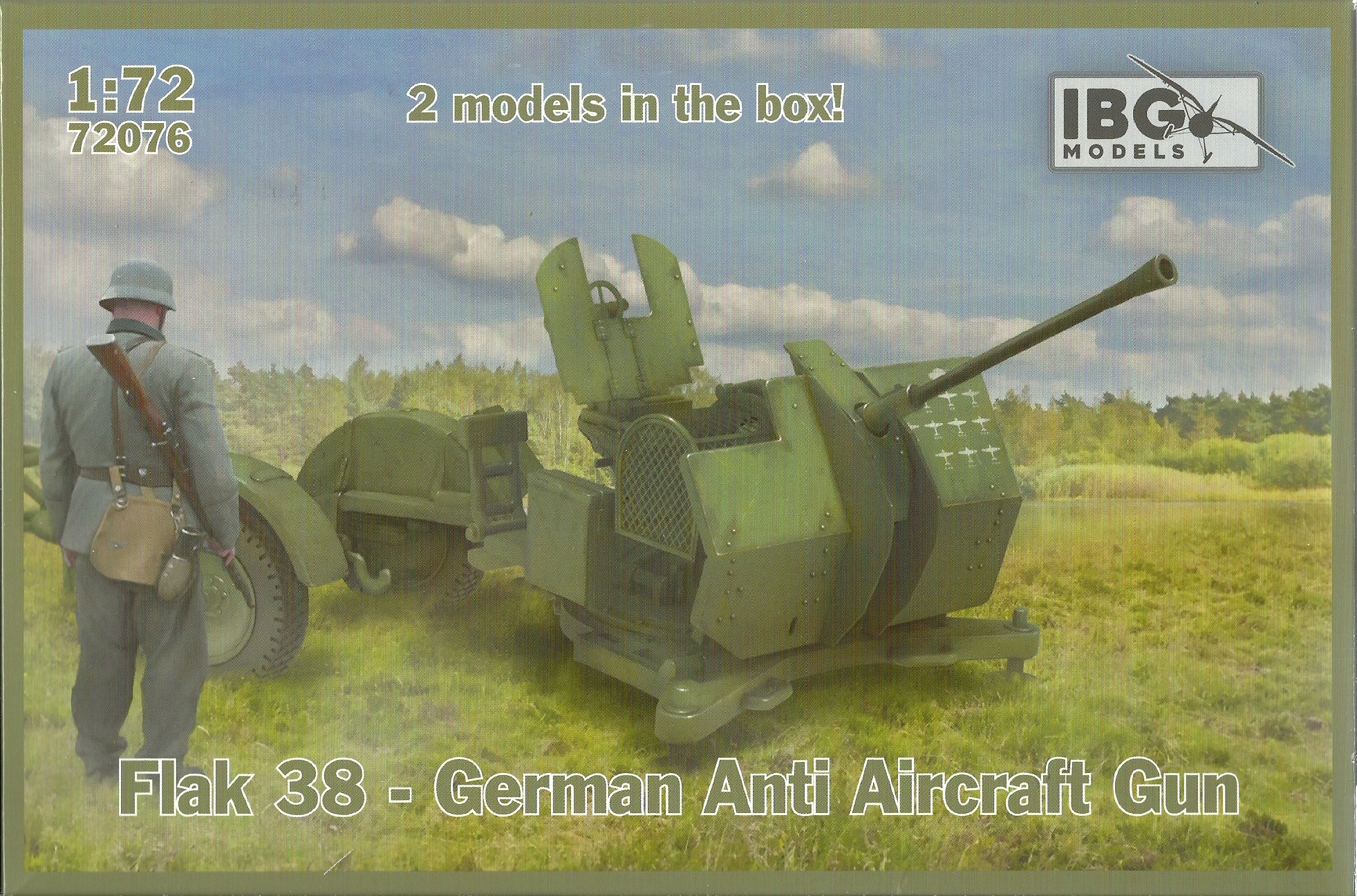 The Flak38 was a German Light Anti Aircraft gun mounting a 20mm gun. The Flak38 was developed from the earlier 20mm Flak30. It was operated by a foot pedal which fired the and could be set to automatic or semi-automatic fire. The Flak38 was also used effectively against ground targets and with a combat rate of fire of 220 rpm it was adopted as the standard German light flak gun in 1939. Its effective range was 2,200m. Includes 2 guns in the box, photo etched parts and decals.