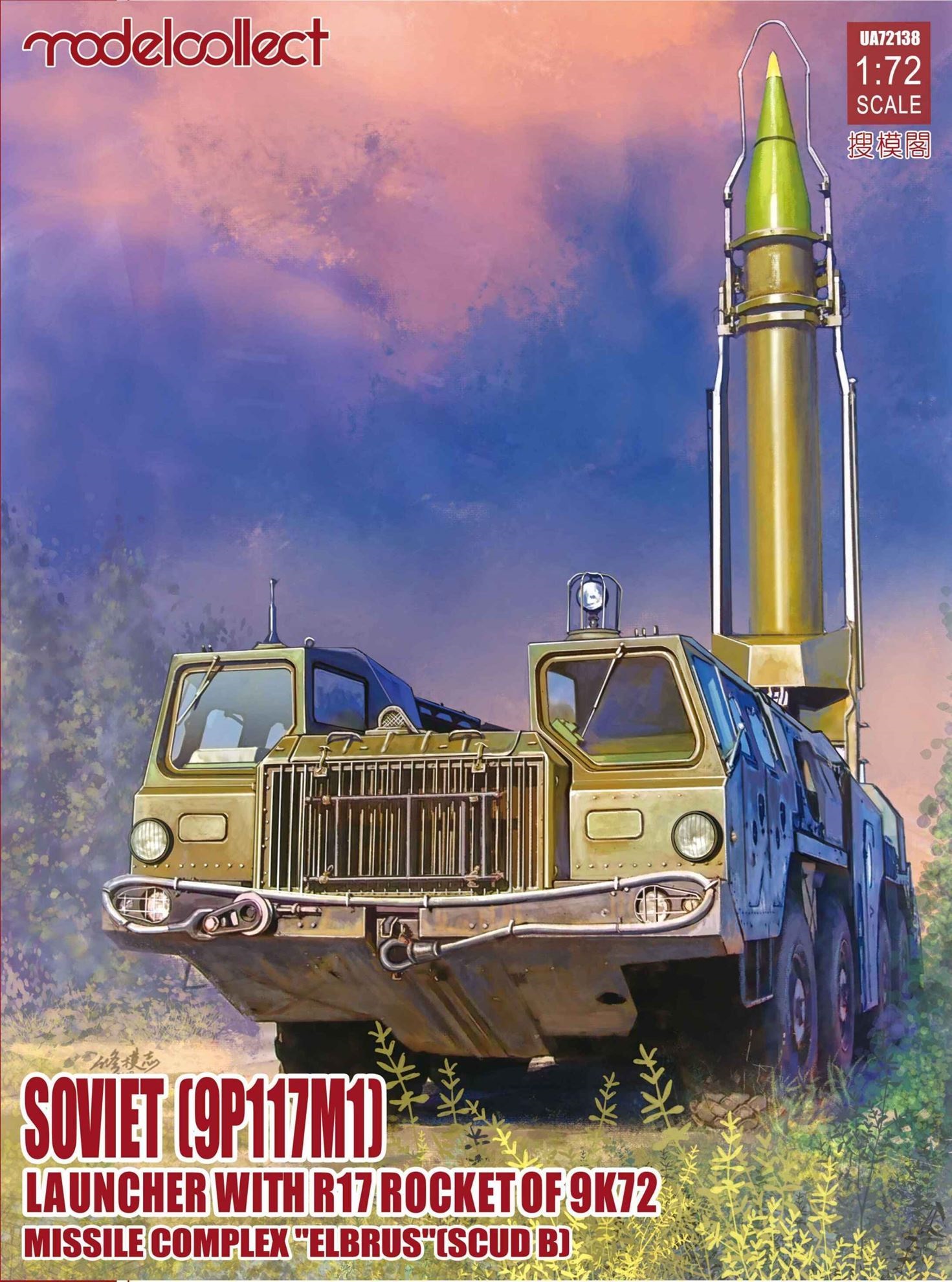 The R-17 Elbrus 9K72 is a Soviet short range tactical ballistic missile also known by the NATO reporting name of SS-1C Scud B. The R-17 entered service in 1964 and was capable of carrying both nuclear (5 -70 kilotons), chemical, high explosive or fragmentation warheads with the latter being anti tank or anti-runway munitions. The MAZ-534 is used being redesignated 9P117 Uragan, nicknamed Kashalot ("Sperm Whale") due to its size.