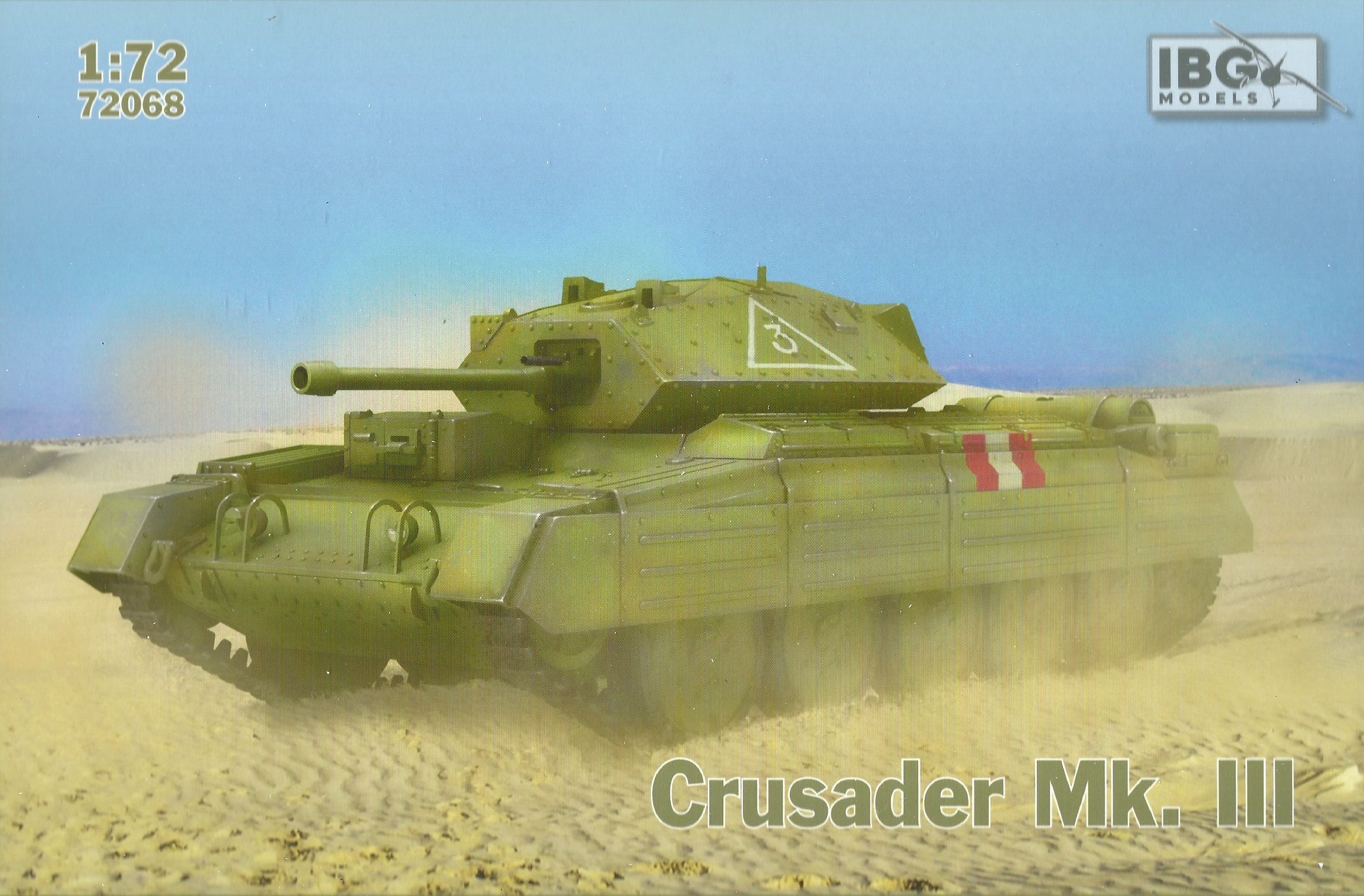 Developed from the Covenanter, The Crusader saw service between 1941 and 1943 mostly in the North African campaign. It was the fastest and best of the British tanks used by the 8th Army in the desert and was much respected by the enemy. The Mk III was armed with a 6 pounder gun, the larger gun restricting turret space and reducing the crew from four to three. Between May 1942 and July, 144 Crusader Mk III were produced with 100 taking part in the Battle of El Alamein.