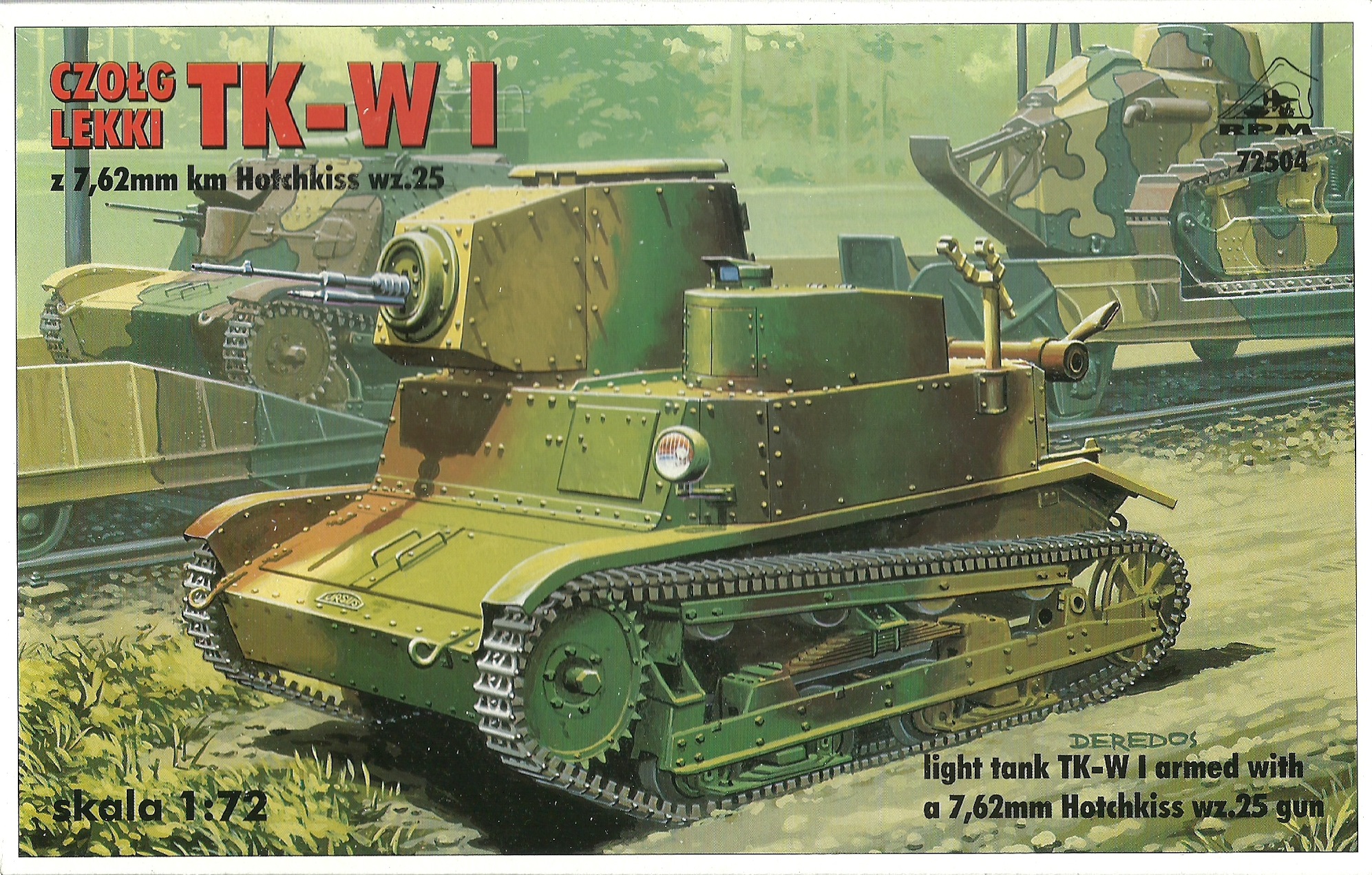 The TKS was an improved version of the TK-3 which was Polish re-design of the Carden Lloyd tankette chassis. Production started in 1933 and by 1939, 274 had been built. The TKS was armed with a Hotchkiss 7.92mm wz.25 machine gun. Later 24 TKS were converted to house a 20mm wz 38 FK-A gun. This particular kit depicts an experimental design of a light reconnaissance tankette armed with the 7.62mm Hotchkiss wz.25. Only one TKW prototype was ever built.