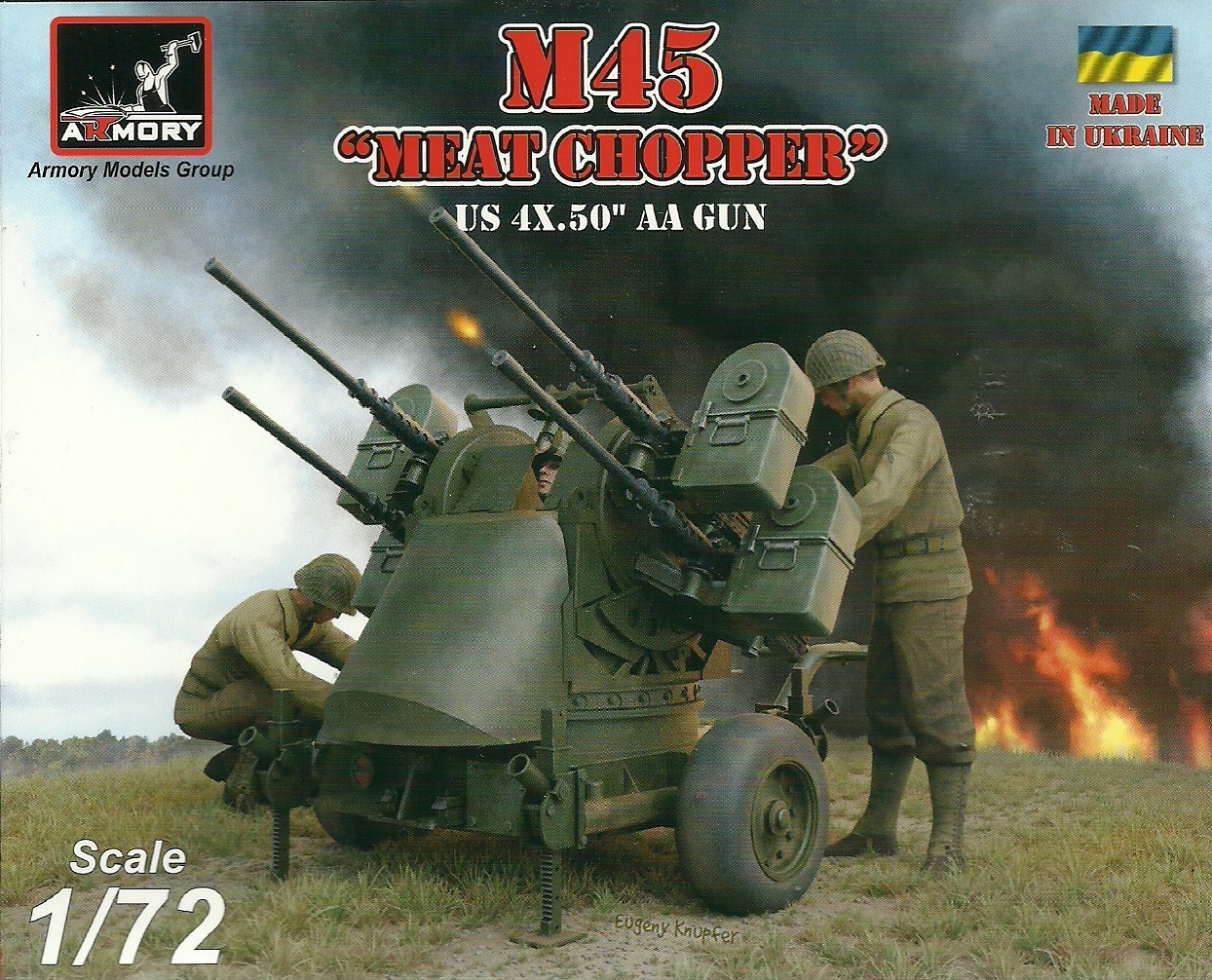 The US M45 Quadmount was an anti-aircraft gun mounting four "HB" or heavy barrel 0.5cal M2 Browning machine guns. The guns were mounted in pairs on either side of an electrically powered turret developed by WL Maxon Corp. The M45 could be mounted on the rear of an M3 Half track, designated the M16 Multiple Machine Gun Carriage or on a four wheel trailer. Mounted on the M20 trailer, as depicted in this kit, it was collectively known as the M55 Machine Gun Trailer Mount.