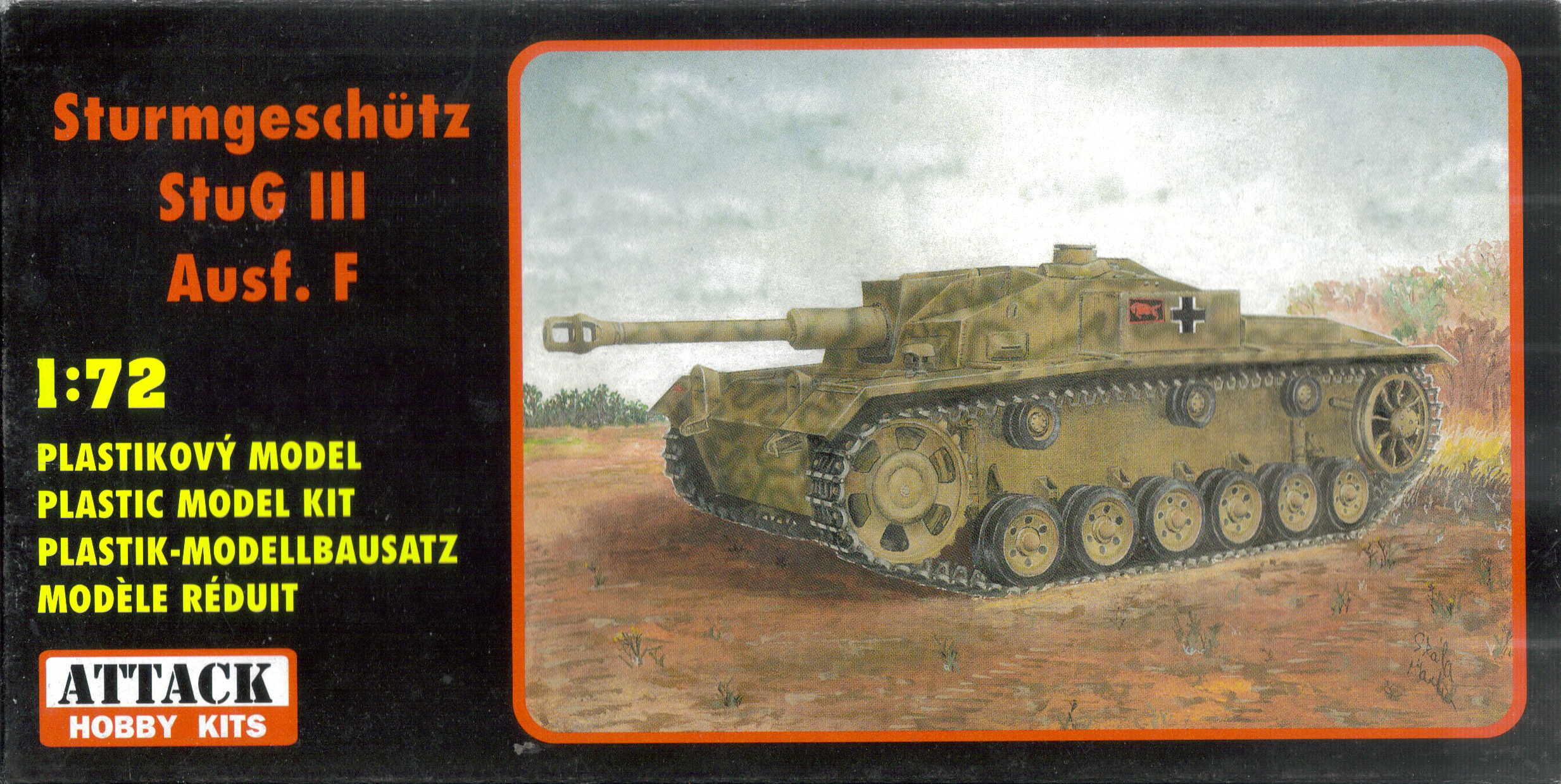 Initially designed for infantry support, the Stug III based on the Panzer III chasis became probably the most numerous of Germany's armoured fighting vehicles in WWII. In Russia the Stugs were pressed into an anti tank role where they excelled benefitting from good firepower and a low sillouette. The kit represents an Ausf F which was armed with the 7.5cm StuK40 L/43 or L/48. The Ausf F was designed to regain superiority over the KV and T-34 and were mainly allocated to front line units.