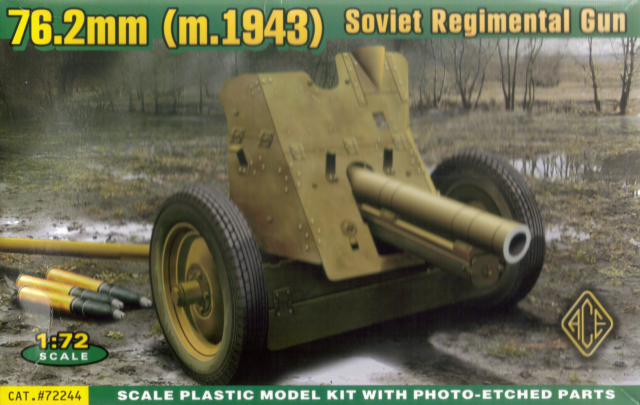 The Soviet 76.2mm Regimental Gun Model 1943 was an infantry support weapon developed in 1943. The gun used a modernised barrel from the 76mm Regimental Gun Model 1927 and the carriage from the 45mm Anti Tank Gun (Model 1942). The gun was used to destroy light field fortifications and personel in the open using direct fire. It also had a limited anti armour capacity given it's ability to fire HEAT ammunition. The Model 1943 replaced the Model 1927 with the gun being produced until the end of WWII